Personally, I’m not a big fan of judging others and pointing fingers. People make mistakes and they should never be punished for them. Instead, they should be supported in their efforts to straighten themselves out and make things right again. But when John Ziegler tweeted “There is nothing ‘racist’ about calling a virus…that originated in China, a ‘Chinese Virus’”, I thought to myself two things. I thought a) “that is racist” and b) “If we are going to point fingers, then let’s point them in the right direction.” 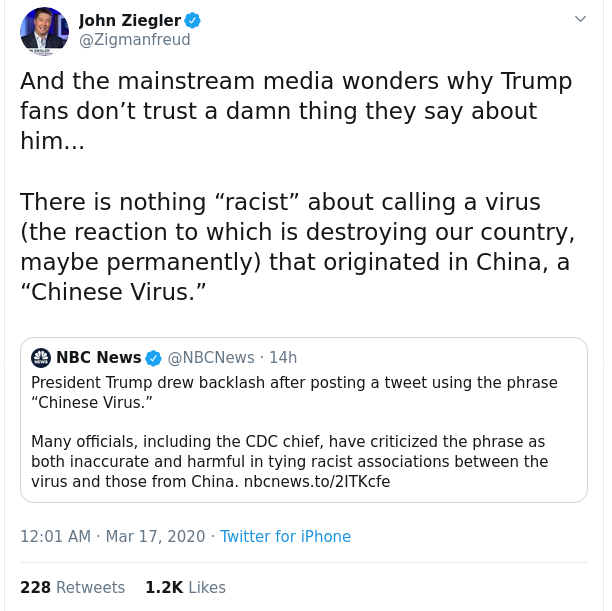 And just what is the right direction?

In this case, we should be pointing fingers at the .01 percent. As explained in this brilliant Vox video, the reason the virus exists is because of the wild animal meat industry in China. This industry only exists, according to one fella, to service the dank appetites of a “small minority” of “rich and powerful” people who can afford to eat endangered species.

I’m not one to point fingers and blame. I’d rather hope that the people in power focus on making changes to ensure this kind of thing never happens again. But if you are one to point fingers, then at least get it right. Don’t blame the Chinese people; instead, point your fingers at the rich and powerful, for it would appear that it is their appetites that have caused, both directly and indirectly, this virulent global pandemic.

This site uses Akismet to reduce spam. Learn how your comment data is processed.